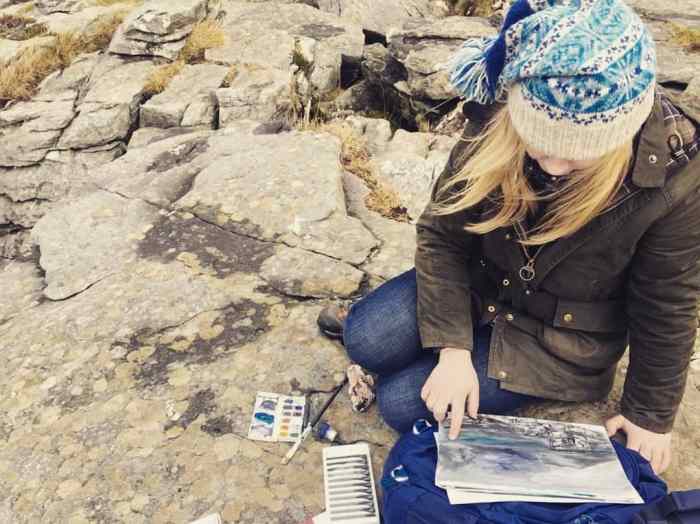 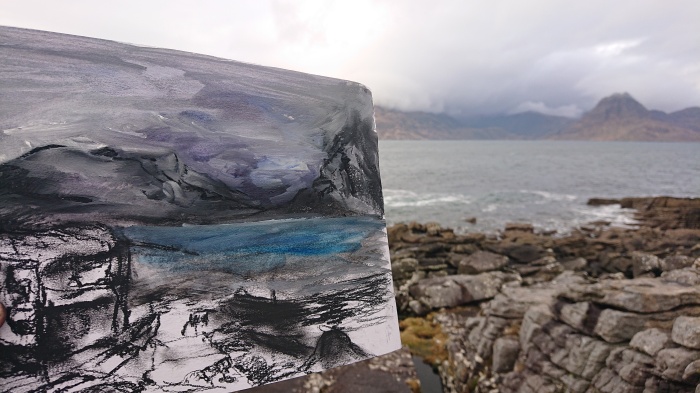 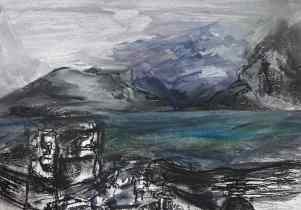 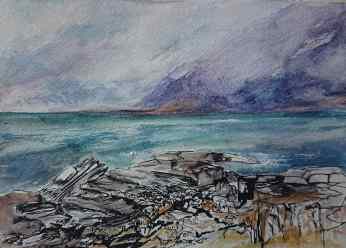 Eilidh Stewart grew up on the Hebridean island of North Uist. She studied fine art at the University of The Highlands and Islands where she obtained a BA (HONS) in Fine Art during 2013. Dividing her time between painting and her career as an Art & Design teacher, Eilidh often travels around Scotlands Coastal villages and beaches in search of inspiration. Each piece begins as small locational sketches which often aim to capture the ever changing light as well as raw aspects of the sea. Studies are later used as starting points to develop oil paintings, where the varied application of layered textures creates a feeling of depth, whilst reflecting the sea’s movements. Collage and mono printing combine to build up the natural variation of surfaces found on rocks which surround the Scottish Coasts. View all posts by Eilidh Stewart

This is a text widget, which allows you to add text or HTML to your sidebar. You can use them to display text, links, images, HTML, or a combination of these. Edit them in the Widget section of the Customizer.
%d bloggers like this: